Are Your Heifers Performing?

There are key times of year when heifer performance is top of mind for farmers. The time prior to mating heifers is one of those times. While many factors affect heifer fertility, trace element evaluation is a crucial area to consider. 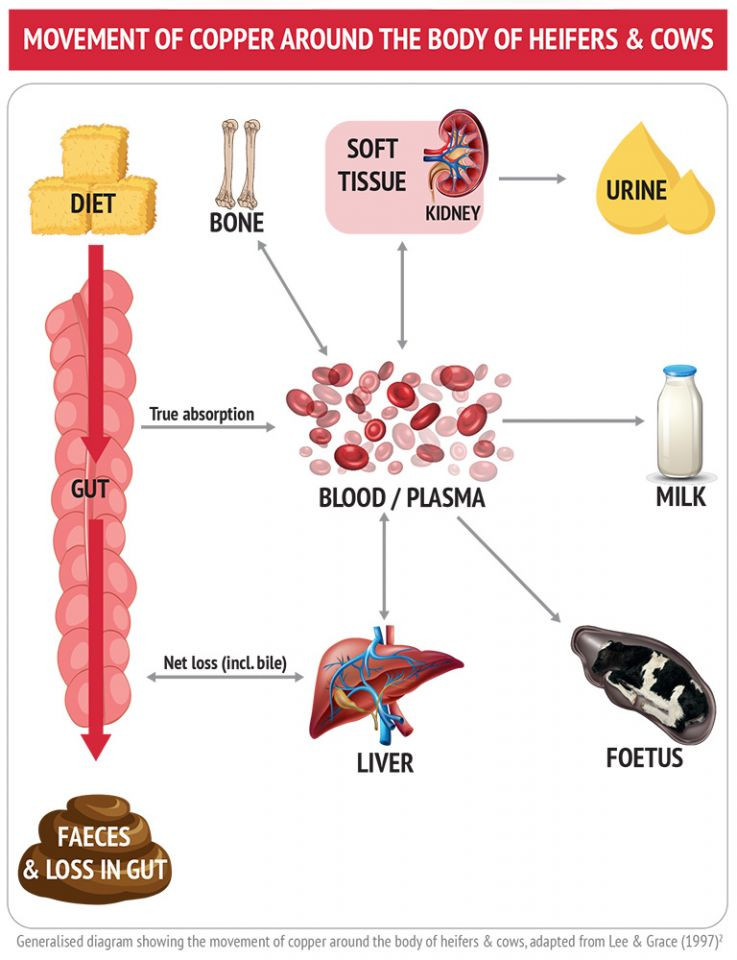 Replacement heifers carry the genetic future of the herd and are vital to any farm, whether they are dairy or beef suckler systems. Achieving high conception rates in the first breeding season increases productivity. Economic returns are also enhanced when heifers conceive well in their second mating season, which can be a challenging time. The length of time from calving to the resumption of cycling is longer in first-calving heifers than in adult cows. Many herds calve first-calving heifers earlier than cows to give them the extra time they need to return to oestrous and be cycling with the rest of the herd at the start of the next breeding season1.

Once puberty is reached, nutrition must be at a level that allows the heifer to continue cycling, ovulate a viable oocyte (egg), and hold the pregnancy. Nutritional demands of heifers during pregnancy can exceed that of mature cows because the heifer is partitioning nutrients; for her continuing growth, for foetal development and in the second breeding season for the increased requirement of lactation. Deficiency of energy or protein for extended periods of time during the first 2.5 years of life will have a negative impact on foetal development, calf viability, milk production, and rebreeding for the next pregnancy1. It is important that heifers reach their weaning, bulling and calving weight targets at the right age each season. (See the Teagasc website for the recommended target weights4.)

Trace minerals are an essential component of a feeding program for heifers and cows.  Blood and liver analyses can be effectively used to confirm diagnoses or monitor the efficacy of a feeding program. Trace elements are required in small amounts on a daily basis for healthy, productive heifers and cows. Copper is important for growth and in enzymes responsible for fertility and thrive. Selenium is required for growth, immunity and fertility. Cobalt is used by the rumen microbes to make vitamin B12, which is required in growth. Iodine is fundamental for thyroid hormones which are involved in metabolism and foetal development 3.

There is a well-defined relationship between liver copper storage and the amount of copper absorbed from the diet. If the diet also contains significant levels of molybdenum, sulphur and iron there will be reduced copper absorption, as these elements bind to the copper and prevent the copper dependant enzymes from functioning (called thiomolybdate toxicity). Copper dependant enzymes are important for oestrus and energy metabolism. Feed analysis is needed to identify the relative concentrations of these antagonists.

The Bimeda Cosecure Cattle Bolus, is the only multiple trace element bolus available in Ireland which is a registered medicine (category LM) and could be an appropriate option for providing trace element supplementation. The Cosecure Cattle Bolus supplies ionic copper, ionic cobalt and selenium at a constant rate, for up to six months. In Ireland, many cattle also suffer from iodine deficiency. Bimeda also has an iodine-containing bolus, CoseIcure. Like its sister product Cosecure, CoseIcure lasts for up to six months and delivers ionic copper, ionic cobalt and selenium, as well as iodine.

In a published trial, Cosecure Cattle boluses were used in cows which had previously suffered from low conception rates and poor cycling. Some had shown clinical signs associated with copper deficiency and thiomolybdate toxicity, such as 'spectacles eyes' and poor coat colour. Cattle which were treated with Cosecure Cattle boluses benefitted from increased fertility compared to the control group. The Cosecure group had significantly fewer inseminations in order to become pregnant than non-bolused animals and had a significantly shorter calving interval when compared to non-bolused animals5.

In another published trial, dairy cows were given either subcutaneous injections of copper and selenium, matrix boluses or Cosecure boluses. Combined data from 406 cows on three farms demonstrated there was a significant difference between the conception rates of the three groups. It was found that the cows treated with the Cosecure bolus conceived at a rate 1.8 times higher than those treated with the injections and 1.5 times higher than the cows given the matrix bolus6. 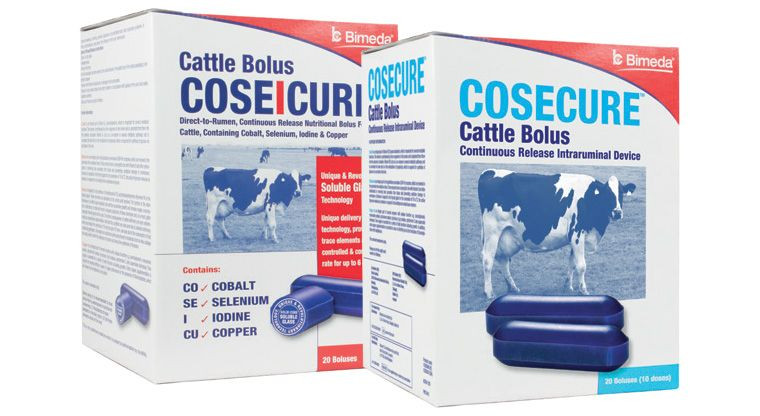 By accepting you will be accessing a service provided by a third-party external to https://www.bimeda.ie/