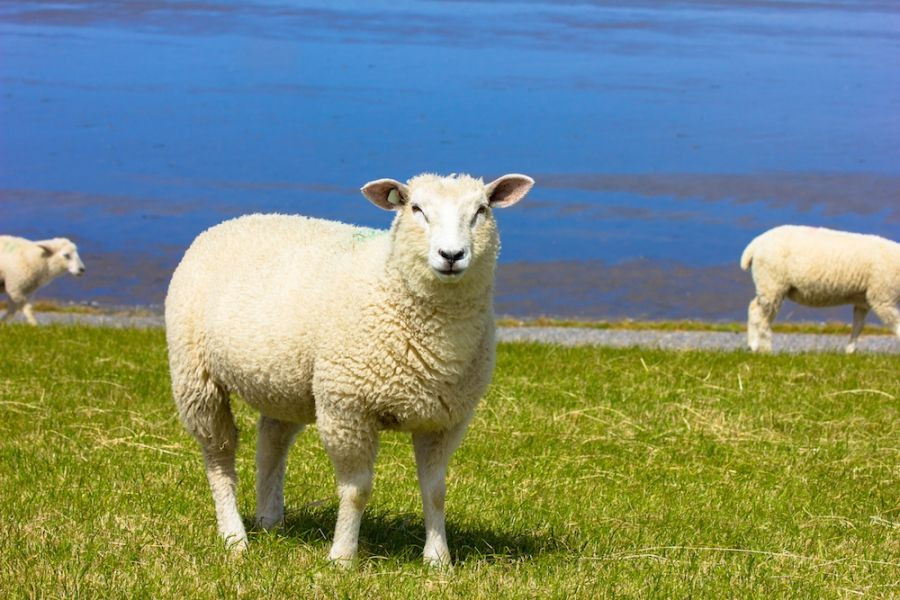 What it is, prevention measures and what to do when it occurs.

​Vitamin B1 deficiency is also known as Thiamine deficiency, and is sometime referred to by the conditions it leads to, which are Cerebrocortical Necrosis (CCN) and Polioencephalomalacia, or PEM. It was first reported in ruminants in 1956 in North America1 and is now known to occur sporadically in cattle and sheep in many parts of the world, including the UK.

But what exactly is Vitamin B1 deficiency ?​

In adults with functioning rumens, thiamine is produced by microbes in the rumen.
Younger animals initially get their thiamine from their mother's milk and when weaning, their rumen bacteria will begin to product thiamine. In these younger animals, this sometimes does not occur sufficiently; leading to thiamine deficiency.

What happens when animals suffer from Vitamin B1 deficiency?


Vitamin B1 (thiamine) is critical for glucose metabolism. Glucose is a vital source of energy for the brain, so when vitamin B1 deficiency occurs, and glucose cannot be properly metabolised, this results in a type of brain degeneration known as PEM, or Polioencephalomalacia.

In cattle, the condition is most prevalent in calves; both housed and at pasture. Calves most commonly affected are those of 6-18 months of age. PEM can be seen in calves which have been on poor dry summer pasture for some time, when fed high levels of concentrates and when the sulphur content in the diet is high.

In sheep, PEM is most commonly seen in lambs of 2- 7 months of age in late summer, on poor pasture. Clinical cases in adult sheep generally occur a few weeks after movement to lush pasture. However, a rapid change from an all-forage diet to a high-concentrate diet can also cause PEM. This change in diet can trigger an increase in the bacteria in the rumen which can produce thiaminases (the enzymes which break down or hinder thiamine in the rumen).

What to do if you suspect PEM on your farm?

​It is vital to contact your vet to assist with diagnosis. Early treatment is vital, and as the clinical signs of vitamin B1 deficiency are very similar to other diseases and disorders, consultation with your veterinarian is vital for an accurate diagnosis. For diagnosis, your vet will consider the demonstration of clinical signs, a likely history of deficiency or thiaminase activity, and response to treatment with thiamine.

Successful treatment of thiamine deficiency-depends upon early recognition and diagnosis of the disease. Such animals can respond quickly to one dose of thiamine, often within a few hours. If treated early, death rates are usually low. However, when not treated in the early stages of the disease mortality can be high2.

Thiamine (vitamin B1) injections are used as a treatment for vitamin B1 deficiency. These can only be prescribed by a veterinarian, meaning consultation with your local vet is key. There is only one single-vitamin B1 injection currently available in the UK and this product is licensed for the treatment of PEM.

Treatment for approximately three days may be required. If treatment is delayed the damage can be irreversible, clinical sign persist and worsen. Euthanasia on welfare grounds is a consideration in these cases.

Good nursing care is also recommended by keeping the animals calm and away from hazards like wire fences, waterways and steep hills. If recumbent, attempt to keep the animal on its sternum. Make water available or administer fluids as necessary.

​Prevention is always preferable to cure. Ensure that the diet has adequate levels of fibre. Fresh or conserved green forage is also important; particularly in late summer when pasture quality can be poor. Take care with grazing bracken as this is a risk for PEM. Reduce sudden changes in diet from forage /rationed diets onto predominantly grain diets. Also review the sulphur levels of feed offered to animals and potentially water levels of sulphur, as some studies show links between levels of ingested sulphur and rates of PEM / thiamine deficiency.

This educational editorial is brought to you by Bimeda. Bimeda is committed to the promotion of best practice, and a diagnostic-led approach to maintaining animal health, welfare and productivity. Bimeda is the manufacturer and marketer of Vitamin B1 Injection, which is a POM (prescription only medicine), licensed for the treatment of conditions associated with thiamine deficiency (PEM and CCN). Use medicines responsibly. Vitamin B1 contains 10% thiamine hydrochloride. Bimeda can be contacted on Lo Call 18 50 51 52 53